We are making history in the state of Alabama. When members of a community have the opportunity to collaborate, cities and towns are built.
Dr. Nicole Jones of Alabama is an economic developer who has dedicated her life to building Alabama's communities.

Dr. Nicole Jones, President of Nicole Jones Development and Jones Mediation, provides expertise in the fields of economic development, business consulting, and commercial real estate.  Dr. Jones recruits and retains business and industry only within the state of Alabama. As a site selector, Nicole Jones assists clients who wish to purchase or lease Alabama-based commercial real estate property in the areas of office space, medical suites and buildings, industrial buildings, and raw land. Jones focuses on jobs and quality of life in both urban and rural areas and has visited Alabama’s 67 counties over 20 times.

A pioneer in her field, Dr. Nicole Jones earned four degrees and two certifications with a primary focus on economic development and economic policy as disciplines. Jones completed undergraduate study in her hometown of Huntsville, Alabama at the University of Alabama in Huntsville and earned a Bachelor of Arts in History with research in government and public policy. Through the subsequent completion of coursework at the University of Alabama, Florida Institute of Technology in Huntsville, and seminary, Jones earned a Master of Business Administration (MBA) with research in economic development, a Master of Science (MS) in Acquisition and Contract Management, as well as a Doctor of Philosophy (PhD) in Theology and Public Policy. Nicole Jones is a Certified Alabama Planning and Zoning Official (CAPZO), a designation awarded by the Alabama Planning Institute, an affiliate of the American Planning Association.

Nicole Jones is a conservative business leader and stateswoman.  Over the years, Dr. Jones has made a concerted effort to visit communities and organizations throughout our state as a method to share best practices.  By routinely visiting all of Alabama’s 67 counties, Dr. Jones learned how to better position communities in urban and rural markets.  Jones analyzes all business and real estate transactions from a long-term planning/economic development perspective and enjoys historic revitalization and rural healthcare.

Nicole Jones works with Alabama’s primary industries every day and plays a significant role in the recruitment and retention of business and industry within our state.  Being a productive member of society is an inherent component of Dr. Jones, as evidenced by her dedication to professional, civic, and philanthropic organizations and initiatives as a spokesperson, board member, and corporate sponsor.

In 2013 and 2014, Jones was recognized for work with the I Shop Local campaign, a partnership initiative with the Small Business Administration focused on the economic development-related benefits of shopping locally for goods and services. In 2015 and 2017, Jones was a Finalist for the Russell Brown Executive Leadership Award, a tribute to the good works and generosity of the late Russell Brown, a lifetime achievement award and high level of honor given to business leaders for outstanding contributions to the community.

​In 2018, Troy University developed the Nicole Jones Student Excellence Award in Economics, awarded annually to an Economics major chosen by faculty who demonstrates academic excellence as well as leadership.

Faith, family, and community-building are Nicole Jones' Life's Work.  Legacy is an integral part of her core, and Dr. Jones instills the values of hard work and servant leadership upon her children, who often accompany her to projects and volunteer opportunities.

Dr. Jones utilizes her network of business and industry connections built over a lifetime in Alabama’s dominant industries and takes economic development to unparalleled levels. Together we can be confident in a prosperous future for Alabama with Nicole Jones. 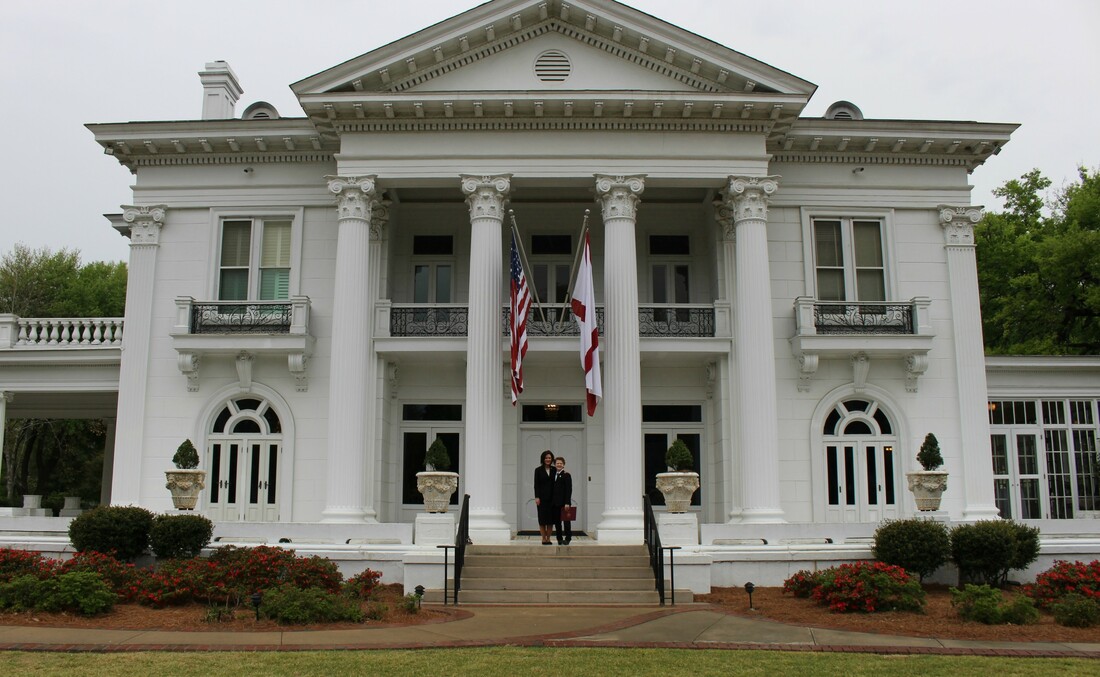